OYASAF has developed a holding of about 55,000 photographic shots of Nigeria’s cultural festivals. OYASAF is therefore building a collection of important photos that would be useful to future generations of Nigerians instead of depending on other countries to provide such when necessary.OYASAF in 2009, organized the restoration of a University of Ibadan 10ft by 3ft 1952 art work of Ben Enwonwu (oil on canvas) master piece in the Vice Chancellor’s office.

OYASAF in 2009, sponsored the physical upgrading of University of Ibadan Zoo to include the provision of disabled walk-ways.

OYASAF partook in the BONHAM exhibition and auction in New York in March 2010 where a four page features article was released on OYASAF in the Bonham issue 22 publication.

In 2010, OYASAF lent some works to the New York Museum of African art for an extended travel exhibition of El Anatsui’s works which started from Canada but touring the USA and Canada for three years, commencing from October 2010.

On the 26th of March, 2010 OYASAF held a photo exhibition of the winning entries to its 2009 photo competition at the Lagos Aina Onabolu exhibition hall of the National Gallery of art. In 2010, OYASAF organized its second annual National photo competition which culminated in awarding 10 prizes to the ten best photo entries.

Ms.Amanda Hawley Hellman, (Ph.D. student, Department of Art History, Emory University, Atlanta, Georgia, USA) resumed on the 21st of May, 2012 and left on the 16th of June, 2012. In May 2012, Ms. Erin rice (Ph.D. student of the University of Bern, Switzerland) resumed and left on the 24th of June, 2012.
In July 2012, OYASAF hosted Ms. Amber Croyle Ekong as the first OYASAF intern. She is a graduate of Pomona College, California who spent 90 days with OYASAF studying Nigerian contemporary art and curatorial practice. She has since curated a photographic exhibition on Lagos titled “Lagos Go Slow” with the Skoto gallery of New York by utilizing the network acquired by her work with OYASAF in Nigeria.

In March 2013, OYASAF publicly presented a 200 pages coffee table book on its collection of the works of Lamidi Fakeye (the late globally celebrated Yoruba wood carver) which is jointly authored by Prince Yemisi Shyllon (OYASAF founder) and Dr. Ohioma Pogoson. The book was presented to the public on the 27thMarch, 2013 at the popular freedom park in central Lagos, Nigeria and is currently marketed by Quintessence Nigeria Limited.

On the 27th of March 2013, OYASAF commissioned 18 (Eighteen) life-size artworks of three Nigerian master sculptors for a permanent display on loan to the Freedom Park in Lagos. Freedom Park is a new park conceptualized by the government of Lagos State, Nigeria, sited on the old and abandoned colonial prison yard in front of the general hospital in Broad Street, Lagos. The sculptural works loaned out to Freedom Park is meant to promote the different specific and unique cultural ways of life of the various geopolitical areas of the Nigerian landscape.

In 2012, OYASAF executed two phases of its annually sponsored art workshop with the creative department of the faculty of art, University of Lagos between the 13th to 18th of April 2012.It covered photography. The second phase was carried out between June 7th to the 12th, 2012 to cover four other distinct areas of art. This OYASAF sponsored workshops have so far benefited over 120 artists from all over Nigeria per year.

OYASAF has so far, sponsored four editions of the art workshop for the creative art department of the faculty of art, University of Lagos. The 2013 edition was held between 23rd to 27th of September, 2013 which covered performance art, waste recycling, bead and wire works, ceramics, drawing and photography, while the 2014 edition was held between 20thto 24th of October, 2014 covering the same areas of art.

In the second quarter of 2013, OYASAF exclusively sponsored a schools drawing completion amongst secondary schools in Ile- Ife as anchored by the students of the Obafemi Awolowo University creative art department and a trophy was given out to the winners on the 27th of May, 2013. In October 2013, OYASAF exclusively sponsored the 1st Society of Nigerian Artists (SNA), Akwa Ibom State Chapter Drawing Workshop/competition between 25 Secondary Schools. OYASAF hosted a PhD scholar of the University of Texas-Austin, USA by name, Kimberli Gant, as the first beneficiary in 2013 of the OYASAF fellowship program, researched into Nigerian street photographers and images of Lagos.

OYASAF hosted a Ph.D. scholar of the University of Maryland-College Park, USA by name, Jessica Williams, as its second 2013 beneficiary of the OYASAF fellowship program, researching into the history of photography in Nigeria and the contemporary uses of this medium by artists living in Lagos – She has since relocated her PhD program to the Harvard University, USA under Prof. Suzanne Blair.

OYASAF continuously supports the National Gallery of Art, the National Museum, the Nigeria Society of Artists, Universities, Polytechnics and other art organizations in selflessly promoting Nigeria’s culture and art. In 2012, a quarterly lecture series was commenced to give opportunity to home-based Nigerian academics and scholars to talk on different issues on art education, art history, art practice and art business.

Four persons have presented such papers and they are Prof. Frank Ugiomoh “On African Art and Identity Blogging: A Historical Perspective”; Dr.Kunle Filani “Contemporary Art in Nigeria: Contextual Navigation through the Web of History”; Prof. Jacob JatJari “The Price of Art and Its Implication on Art Practice in Nigeria and Dr. Ozioma Onuzulike “Art Auctions In Nigeria: Ladders of Progress or Shots In The Artists’ Feet?”.

In May 2014, OYASAF hosted Kimberli Gant of the University of Texas-Austin, USA, as its first 2014 beneficiary of the OYASAF fellowship program, as a follow up on her earlier research with OYASAF, into the art of Nigerian street photographers and images of Lagos. OYASAF hosted Prof. Albert Lavernge of Western Michigan University, as its second 2014 beneficiary of the OYASAF fellowship program as an artist in residence. Ms.Bimbo Akinbola, PhD Candidate at the University of Maryland – College Park, spent some three weeks in August 2014 with OYASAF, researching into diaspora negotiations in contemporary West African art.

In 2014, OYASAF started a collaborative effort at promoting Nigerian art with UFUK Foundation of Turkey. This first collaboration between the two foundations was titled “Art for Peace: Paint African Values”. The collaboration subsequently resulted in a travelling exhibition of the works of thirteen Nigerian artists to Abuja (Nigeria), Addis Abba (Ethiopia), Istanbul (Turkey) and New York (USA). A second collaboration between the two foundations was in 2015. This involved a photo competition of different parts of Nigeria, depicting the togetherness and cultural co-existence in the diversity of the two cultures. The photography competition explored Nigerian culture, diversity and relationship of the different aspects of Nigeria’s cultural lives through the lenses of Nigerian photographers.

In June 2015, Ms. Johanna Wild,a Ph.D Candidate at the University of New Mexico, spent one month with OYASAF researching into Lagos contemporary art production, as a site of globalization and transcultural influences.

As part of its efforts to contribute to the history, heritage and preservation of Nigerian art, OYASAF on the 10th of June, 2015 signed an agreement with the Pan-Atlantic University to establish Nigeria’s first privately funded museum on the campus of the university. The museum is named; YEMISI SHYLLON MUSEUM, PAN-ATLANTIC UNIVERSITY. Construction of the museum is at an advanced stage.

On the 12th of June 2015, OYASAF commissioned the donation of a 16ft bronze statue, titled; “Culture and Justice” to the faculty of Law of the University of Lagos, Nigeria.

In August 2016, Ms Lydia Galavu, a Ph.D. Candidate of the University of Nairobi, spent 21 days with OYASAF researching into the best practices for contextualizing traditional art in contemporary Africa.

OYASAF collection continues to be a source of pride to visitors, local and foreign visitors to Nigeria, who are out to enjoy and explore the rich culture and artistic creativity of the Nigeria people.

Ready to get started

They include the individuals below: 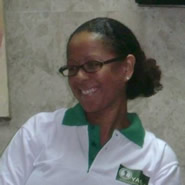 Ms. Rachel Engmann, (PhD student, Department of Anthropology, Stanford University, USA) who resumed on the 10th of June 2010 and left on the 15th of July 2010. 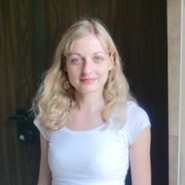 Ms. Andrea Bauer, (Scholar in Cultural Anthropology, the Department of African Art of the Museum of Ethnology in Vienna, Austria) who resumed on the 5th of July and left on the 31st of July 2010. 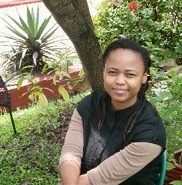 Ms. Nomusa Makhubu, (PhD Student and lecturer in Art History and Visual Culture Department of Fine Art, Rhodes University South Africa) resumed on the 26th of July and left on the 19th of August 2010.